Indonesia has become one of the countries that has the best success stories. Despite facing economic turmoil in the 1997 Financial Crisis, Indonesia is currently one of the countries with the fastest economic growth in the world. The main focus of the economy is the export of goods such as textiles, cars, electrical equipment, oil and gas.

Recently, the growth of Indonesia's digital economy has also contributed significantly to the country's growth. It is estimated, there will be 50 million new internet users in Indonesia every 5 years. Why? Because Indonesia is one of the countries with the highest social media users in the world.

According to the McKinsey report, Indonesia's e-commerce sector has generated more than 5 billion dollars from the formal e-tailing business and more than 3 billion dollars from informal trade. In Indonesia, e-tailing businesses include Tokopedia, Bukalapak, JD.id, Lazada, and Shopee. In contrast, informal trade involves buying and selling goods through informal means such as the use of social media and messaging platforms such as WhatsApp and Facebook. Things like this in Indonesia are commonly referred to as online shops.

Unlike in other countries, informal trade or social trade is growing rapidly in Indonesia. In fact, according to the latest data, social commerce accounts for 40% of all e-commerce sales in Indonesia. This shows that many large e-commerce players such as Tokopedia and Lazada haven't fully penetrated the e-commerce market in this country.

Among the reasons e-commerce has increased so rapidly in Indonesia is the rapid increase of smartphone usage. Smartphones are far more affordable than computers and laptops which make them easily accessible to most Indonesians. There are about 70% of the country's internet users are smartphone users. The McKinsey report highlights that almost 75% of online shoppers in Indonesia use smartphones.

On the other hand, the growth of informal trade can be attributed to young Indonesians who understand digital. Statistics show that Indonesian young people are diligent users of social media. The country has the fourth largest number of Facebook users in the world with 122 million people and has one of the largest populations of Instagram users. Indonesia is also the fifth largest country in terms of Twitter users. With so many social media users, it is not surprising that large informal trade takes place in the country.

Indonesia's e-commerce sector is growing, the number of online sellers in Indonesia has doubled every year for the past three years and reached a total of 4.5 million active sellers in 2017. About 99% of them are micro businesses and half are online businesses only without a physical store. 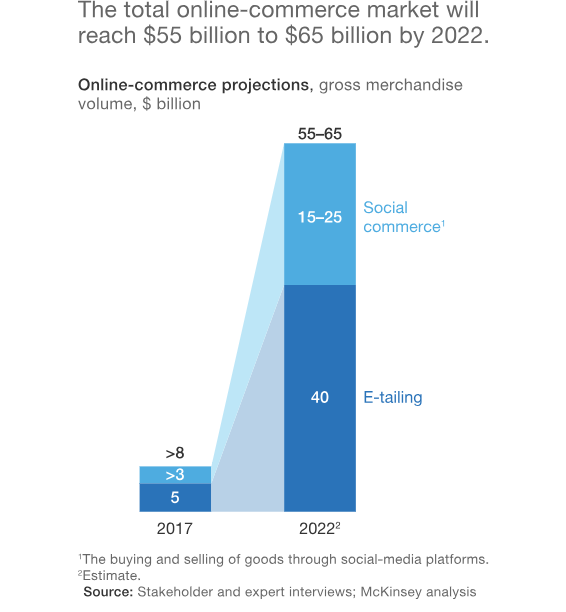 Subscribe our newsletter here to get free tips & updates about digital marketing. Read our articles in blog MTARGET and don't forget to join in Telegram MTARGET channel for other information about MTARGET and our new updates.
(I.A)

Stay updated and informed with our latest articles on email marketing, SMTP relay, and transactional email.